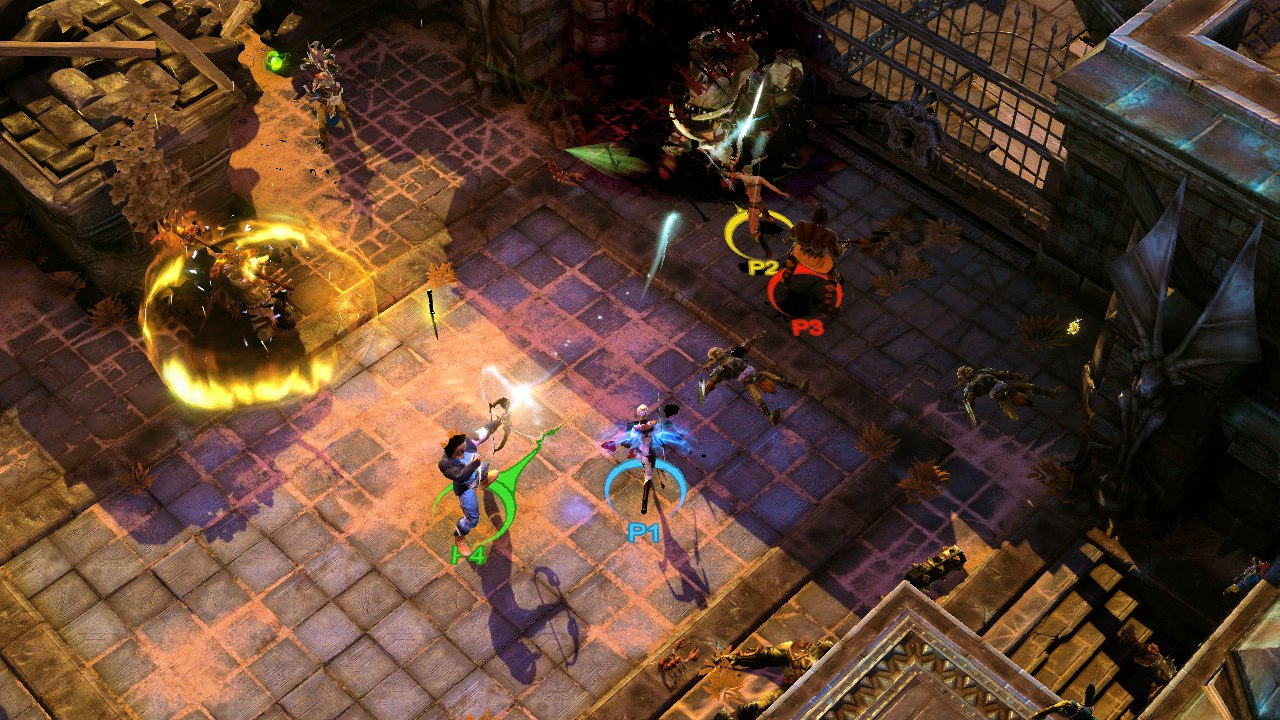 the campaign is divided into 8 chapters, with each chapter being a 3-4 mission story. the missions are well-designed and there are a lot of good opportunities for team-play, co-op, or just playing solo. missions change depending on the chapter, and you have a lot of different objectives. the story missions are very good in terms of how they are structured, and the characters are well developed, especially inquisitor ortega, and her assistant, inquisitor malagigi. the inquisitor’s team tends to have a bit of an adversarial relationship, and there is a lot of back and forth between the two, which is quite interesting. some of the characters get very dark and the story has a sense of guilt, which is quite intense.

i was only able to spend a few hours of playtime with inquisitormartyr, but it was enough to give a better sense of what the game will entail. i hope i can spend many hours with it. without putting a single playthrough into review, i am confident this will be a great game, one of the very best on the market. i can’t wait to play it again. i’ll be sure to put out a full review when the beta goes live.

beneath the chippy voice acting and the heavy reliance on the word ‘grue’ there are some solid changes to martyr. it now features six ‘zones’ – three new zones and three existing ones. each has a different atmosphere, and they come with new challenges and features. a new combat system that tracks over several zones at once means the action moves along faster, and death means you’re thrown to the new nearest zone to fight again. players can move between them during combat, and for the first time you can play solo with party members, or have them join you through a network. players can even use their own customisable, animated party chat.


as a space opera, the story is both great and terrible. its funny, as the inquisitor and his crew of misfits go from one mess to the next in search of a ghost ship, only to find out that the ship in question is a perfectly functional schip, save that it was hijacked, and that’s the one they’re trying to locate. the real problem is that the story is poor, because the writing doesn’t do the setting or the characters any favors. the game is played entirely in first-person view, which seems a little odd for a space opera, but i’ll forgive it because its not a first-person shooter. the writing is clunky and the voice acting is painfully bad, though at least the inquisitor’s computer-assisted ex machina voice is hilariously bad. it’s a space opera, and someone should have told the writers that the entire universe is a joke, so why do they insist on treating their space opera as if it was reality? inquisitormartyr is a strange place, where the lore is all over the place. the ghost ship is a mythological memory, the necromundans are a race of monsters, the charr are a race of demons, and the inquisition itself is the product of a war between the charr and the shadow. i’m actually glad the game doesn’t know what it is, because it could only throw in more clichés. i’ve played through the inquisitor multiple times now, and though i know the endings, i don’t know the entire plot. and i’m really enjoying it for that. though frequently balanced by a tongue-in-cheek sense of the absurd, the various adaptations of warhammer 40,000 that followed delighted in its grimness. in the board game space hulk, doomed space marines are beamed onto derelict craft in oversized power armor and then hunted by aliens through corridors they can barely turn around in. in the eisenhorn novels, an imperial inquisitor, so scarred by torture he loses the ability to smile, makes compromise after compromise until he’s indistinguishable from those he hunts. in the miniatures game necromunda, the underclass at the bottom of the hive city live on a diet of mould, rats, and food made from the recycled dead. you can practically hear the writers striving to outdo each other. 5ec8ef588b